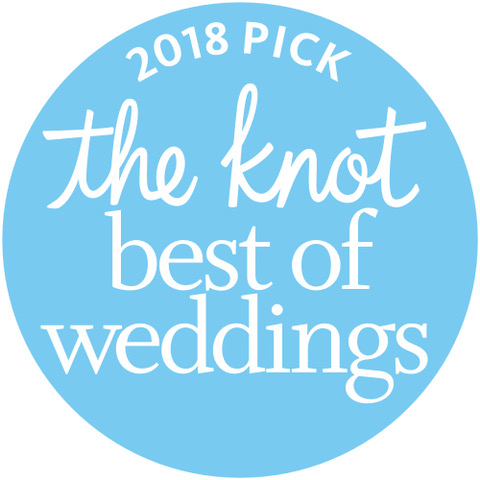 Magazines & Periodicals (articles or references about the band)

Valerie said…
Booking Jumpstart was one of the best decisions we made for our wedding. They kept our dance floor packed from their first song to their last song. They were energetic, and they played a huge mix of music, pleasing every age group at our wedding. They are so, so talented, and I would definitely book them again for any party going forward. Their music put a smile on EVERY guest’s face, even on those who were unable to dance. They really, really completed our night. They went above and beyond accommodating our special requests– they learned the exact version of our first dance song that we wanted, they let us make a playlist of music to be played during the band breaks, and they led us out in our exit in a New Orleans second line played by their horn section. We really, really, really loved them, and booking them will be the BEST decision of your wedding. They are so talented and are so kind!!!!!!!!!

A recent Review taken from The Knot
Five Stars all the way!!! I cannot say enough about how fantastic Jumpstart was! Music was one of our top priorities and we searched high and low for the perfect band for our wedding. These guys did not disappoint! They were super high energy, sounded amazing and really engaged with the crowd! Guests had the best time and were all a little sore from dancing the next morning! On top of putting on an incredible show, Jumpstart was professional and easy to work with from the word go. Mike Murillo was wonderful and easy to communicate with. We could not have been happier with our choice to hire these guys. We’d hire them again in an instant!

Reviewed On 6/28/2016
WOW!! You cannot ask for a better band. Jumpstart was absolutely amazing. They played for our daughters wedding and kept the guests and the reception going all night. They were very professional, accommodating, and a pleasure to work with from start to finish. Family,guestsand other vendors could not stop raving about Jumpstart. We wanted a band with a variety of music and they delivered. We were extremely satisfied and so happy we chose Jumpstart!!!!

Kaitlin W. | Reviewed On 3/20/2016
JUMPSTART was amazing! From the beginning to the end of the wedding they had everyone of the dance floor. I had more guest ask me where I found them. Mike was a wonderful MC. They play a wide range of genres. I would recommend them for any event. I would hire them again with out a doubt. Thank you for making our daughters wedding memorable. It was a perfect evening.

Ariel G. | Reviewed On 7/18/2016
Where do I begin!?! Besides the fact that I’m related to a member of Jumpstart, I can tell you hands down they made my wedding absolutely perfect!! My entire family local, west coast, and east coast never had danced and has so much fun at a wedding before. They truly made me want to have my wedding all over again because I danced my heart away the ENTIRE night! Thank Jumpstart for making our wedding so memorable! I’ve already have had people say that want Jumpstart at the or wedding or upcoming event!

Mother of the Bride  | Reviewed On 4/20/2016
An Unforgettable Evening with The Band that Rocked the House What an Excellent choice we made in selecting Jumpstart as our Band for the 400 guest wedding reception we hosted for our daughter and son-in-law at The Four Seasons Hotel Austin! This was our Second experience hiring Jumpstart and just like our first they simply brought the house down with their High Energy and Wide Range of music! What a memorable Night; it was full of surprise and excitement from the introduction of the bride and groom whom were escorted in by the horn section of the band to an amazing jazz ensemble right into their 1st dance to, “Nothing can change this Love” by Sam Cook, to our request of, “ Hava Nagila” and numerous other electrifying songs motivating and packing the dance floor to its capacity until the very Last dance, “Your Song” by Elton John ! And then their horn section played as they escorted the newlyweds out of the ballroom to their get away car! At the end of the evening we were simply left with wanting more!!!! During dinner they played a light set so everyone could enjoy their meal, it was perfect! And Last minute my daughter and son in law requested that the Texas Fight Song be played before she cut her cake and Ole Miss Dixie Song be played before he cut his cake and they happily learned the Ole Miss Dixie song quickly and nailed it! From the start Mike Murillo the band leader worked closely with us! We met several times with Mike per our request and he worked with my husband on a choreographed exchange during my husbands welcome speech ( 5 legal pages ,hand written long!!) I cannot say enough about the Enormous part Mike Murillo and his band Jumpstart played in the success of our celebration of the newlywed couple! It was an Unforgettable Evening full of love, laughter and dancing alongside the Band That Rocked The House! We love you Jumpstart and so did ALL our Guest !